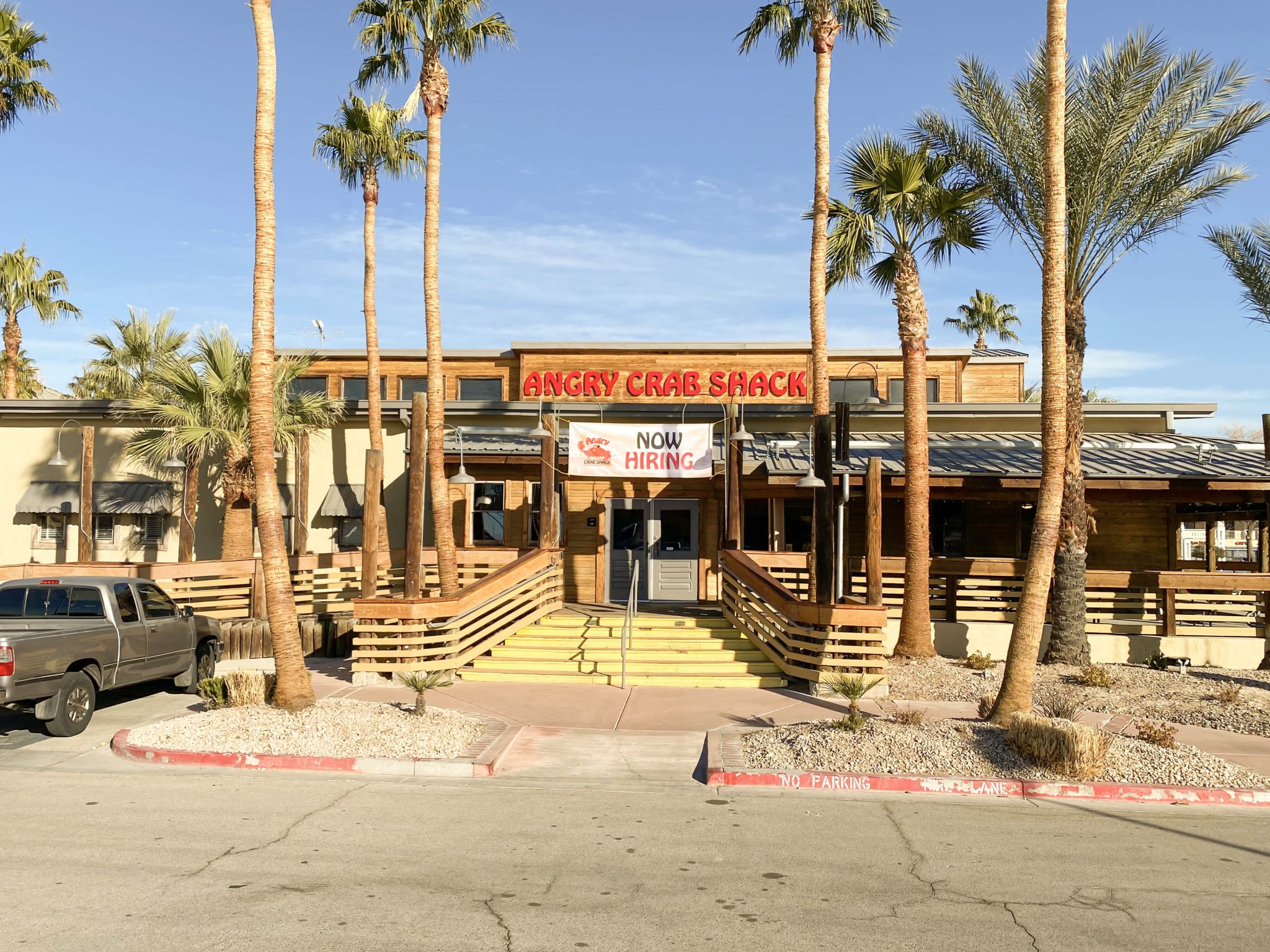 For Dana and Rick Lopez, becoming Angry Crab Shack franchise owners was just the adventure they’d been searching for. Dana grew up in a business-centric family, with many family members – including her parents – owning restaurants, clubs and bars in Albuquerque, New Mexico. She’d always had an entrepreneurial spirit, and opened her own skin care business 14 years ago in the Henderson, Nevada area. Rick, on the other hand, is an incredibly experienced electrician. He has worked in the industry for decades, specializes in fiber optics and has even earned several awards for his work.

After chatting with family and friends about their goals of starting a business together, a family member recommended they look into opening an Angry Crab Shack location in Las Vegas. Dana was immediately excited, and after 20 years in the electrical industry, Rick was also ready to check out the world of franchising – and suddenly, their new adventure began. Dana and Rick began discussing the possibility of eventually becoming franchise owners. 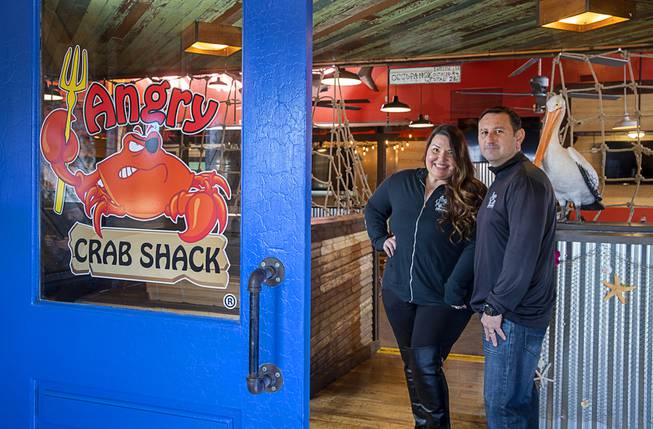 “Our family member set up a meeting since they were on the Angry Crab Shack team,” explained Dana. “After sitting down with the leadership team, we just knew this was it. Plus, at that time, there was nothing like Angry Crab Shack in our area – I think the whole concept is a perfect fit.”

The Ideal Second-Generation Site for a Restaurant Franchise

The two never considered looking into another concept, and once they signed their franchise agreement in March, they began to look for the perfect spot to open their doors. Fortunately, they stumbled upon a vacant building that had once been a seafood restaurant. While the building had been vacant for four years and desperately needed a lot of work, they knew this was the perfect space to set up shop.

“We had the beachy, shack vibe already, but it was still the coloring of the previous restaurant,” said Dana. “So, we got rid of all that, put the franchise’s motifs and colors in place and transformed it into the area’s first-ever Angry Crab Shack – it worked out really well.” 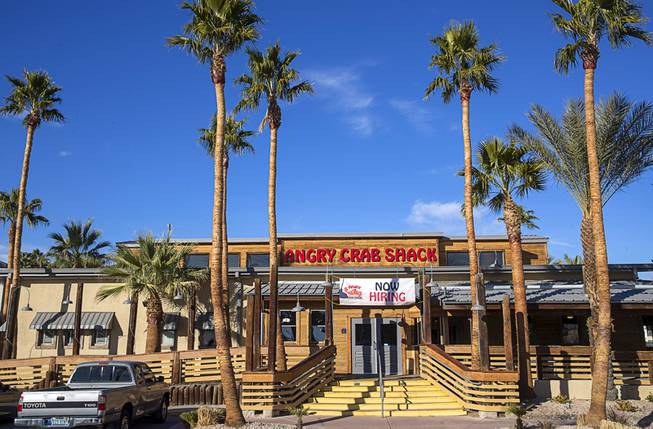 Dana and Rick decided this was a great time to inform their two kids of the decision to open an Angry Crab Shack franchise, and both kids immediately wanted to play a role. As soon as their daughter found out about their purchase, she quit her job managing after-school programs to get a job on the strip and gain experience as a hostess. Their son also wanted to play a role, but still wanted to keep his job – so Dana decided to put him through bartending classes.

“Our daughter will probably start out as a hostess and then move up to working as a server, while our son will begin as a bar back once a week and work his way up to becoming a bartender,” explained Dana.

Building a Team with the Right Ingredients

As their journey continued, Dana and Rick knew they needed to hire the right general manager in order to keep things running smoothly while they continued working their own jobs. They uploaded a job posting to different websites, and were immediately flooded with applicants. After sifting through almost 200 applicants, the duo stumbled on Danielle [insert last name] and knew they’d found the perfect GM for the job.

“There’s just this synergy we have, and she’s able to anticipate our needs – sometimes even before we know them,” said Dana. “It’s such a great feeling knowing that if Rick or I walk out the door, everything is going to be in good hands and run smoothly.” 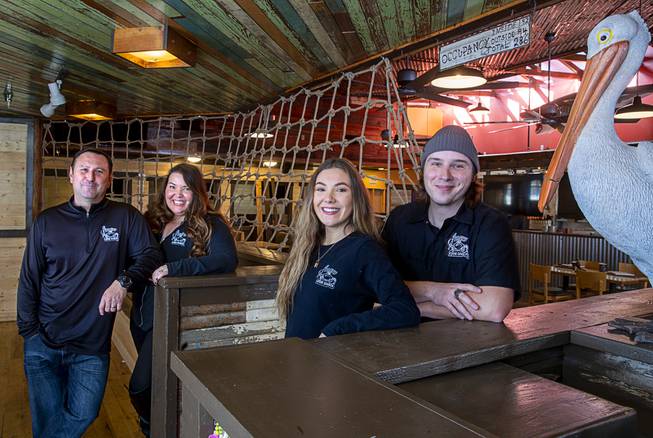 However, other than Danielle, Rick and Dana haven’t been able to fill their staff roster due to the impacts of COVID-19 – although they are taking applications. While the two have had to place their hiring search on hold, they still have their eye out for certain personalities that will complete their team – and already have a large amount of applications to choose from.

“The food and beverage industry is obviously hurting a little bit right now, so we’ve gotten tons of applications,” explained Dana. “We’re really looking for those people that just stand out – people with big personalities and good attitudes who bring an uplifting, positive spirit with them every shift.”

While Dana and Rick opened their doors to the public in early January of 2021. Although the pandemic has placed many challenges in their path to opening their first franchise location, the two are still incredibly excited to share the Angry Crab Shack experience with the community and begin a new family legacy.

If you’re interested in opening an Angry Crab Shack in your area, more information can be found here.