How We Raised Money for Phoenix Children’s Hospital

When Phoenix Children’s Hospital announced to the surrounding community that it needed corporate sponsors to aid in its fundraising efforts, Angry Crab Shack was quick to volunteer.

Since then, the restaurant brand signed on for a yearlong partnership, which it expects to create up to $70,000 in donations for the hospital. Angry Crab is donating $1 for each Cajun Fries or root beer float order through November 2018. In the first quarter alone, the restaurant donated more than $14,000.

“That hospital has done so much good for so many people,” Justin Coupe, regional manager and beverage director for Angry Crab Shack, said. “It’s touched the lives of countless people in Arizona and across the nation, and that means a lot to us. As we were looking for ways to give back, this one really stood out.”

This emerging franchise brand is getting involved in the fundraising effort at all levels. Throughout the year, Angry Crab Shack will send groups of employees to tour the hospital and learn more about its research and the care it provides. Many restaurant guests make extra donations when they learn about the campaign. Some suppliers have even gotten on board. McCain, the company that supplies Angry Crab Shack’s french fries, donated $2,000 to the cause.

All money raised will go to support Phoenix Children’s Hospital’s array of research, care and support services for children and families – including the new, state-of-the-art Center for Cancer and Blood Disorders. This facility is dedicated to discovering and creating new ways to prevent, diagnose and treat pediatric cancer. Seventy percent of children diagnosed with cancer in Arizona receive treatment at the Center. 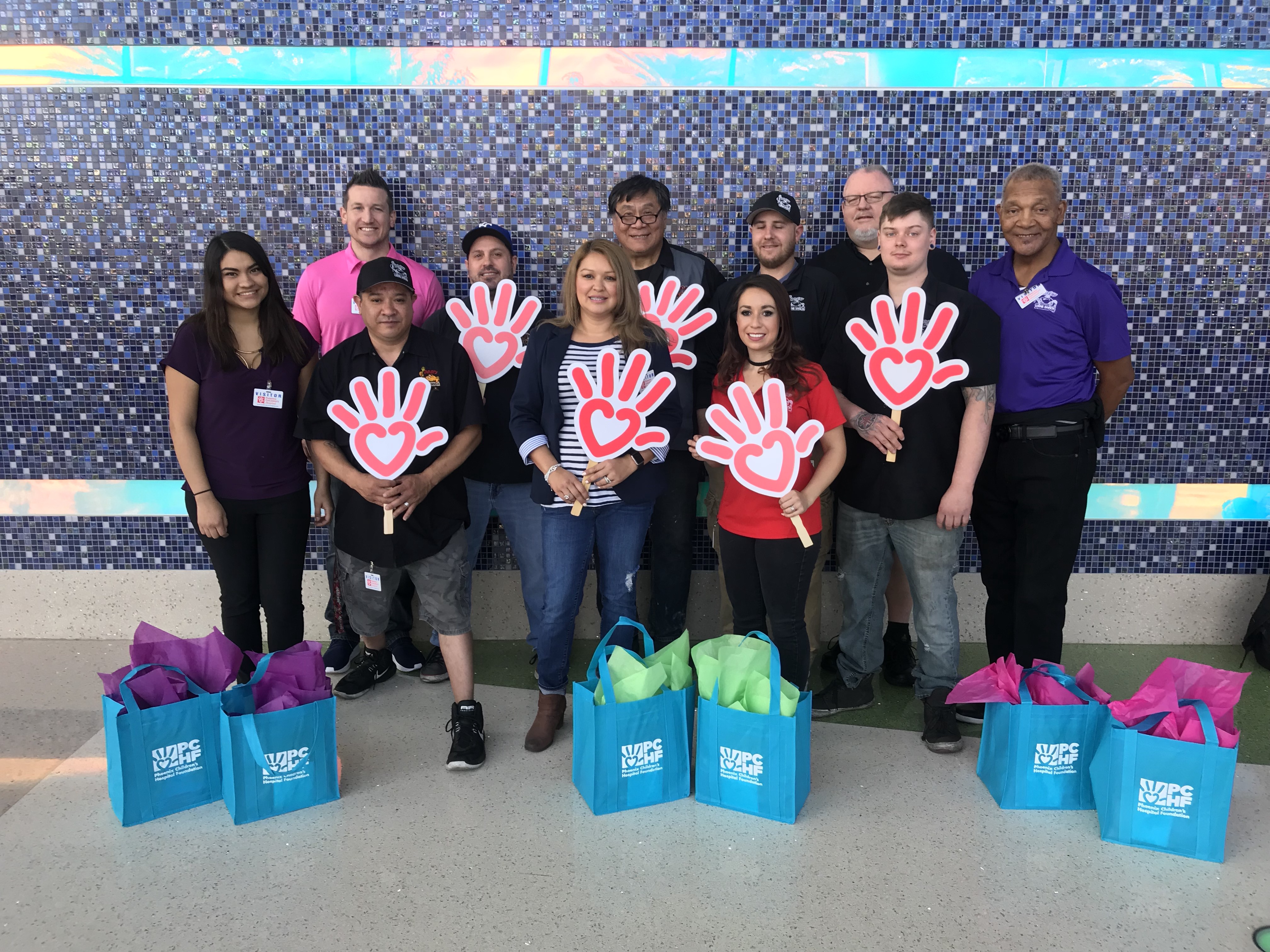 Debbie Stantus, corporate development manager for the Phoenix Children’s Hospital Foundation, said that more than 60 of the hospital’s programs and services are funded wholly or significantly through philanthropy, including The Child Life, Animal-Assisted Therapy, Community Outreach and Injury Prevention programs.

“Angry Crab Shack is one of the reasons we can continue to do what we do ─ offer hope and healing to children and their families when they need it most,” Stantus said. “Angry Crab Shack is a wonderful champion for Phoenix Children’s Hospital and we are grateful to have them in our local community. Their partnership means so much to the staff, children and families who receive care at Phoenix Children’s each year. Support from Angry Crab Shack helps fund innovative research, secures cutting edge technologies, subsidize care and empower us to attract the best and brightest physicians. We are tremendously grateful for their support and look forward to a continued partnership together.”

The partnership with Phoenix Children’s Hospital isn’t the only way that Angry Crab Shack gives back. Each July, the company conducts a month-long fundraiser for veterans’ groups. In 2017, the restaurants donated 25 cents per guest during July, and some beer and liquor suppliers even chipped in an extra 25 cents for each product sold. They ended up donating more than $22,000 to Arizona StandDown Alliance, an organization committed to reducing homelessness among returning veterans.

Going forward, Angry Crab Shack plans to stay committed to its charitable involvement, in addition to its standing 10 percent discount for veterans, first responders and teachers. Come November 2018, the company will either renew its partnership with Phoenix Children’s or select a different organization to support in 2019.

“If you have the platform and the means to do so, it’s important to use that to make the world a little better,” Coupe said. “We’re really proud of our company culture, but it would be empty words if we didn’t try to share that positivity whenever we can.”

If you’re searching for a restaurant franchise opportunity that allows you to give back, take a closer look at Angry Crab Shack.