When it comes to our careers, everyone has a journey. Some people stay in the same industry their whole lives; others find new passions along the way. Will Gardner, who held various roles like working at the University of Phoenix and as a solar salesman, took on a part-time serving job at Angry Crab Shack to help pay off some debt. Little did he know that one day, his story would come “full-circle” when he became a multi-unit Angry Crab Shack franchise owner. 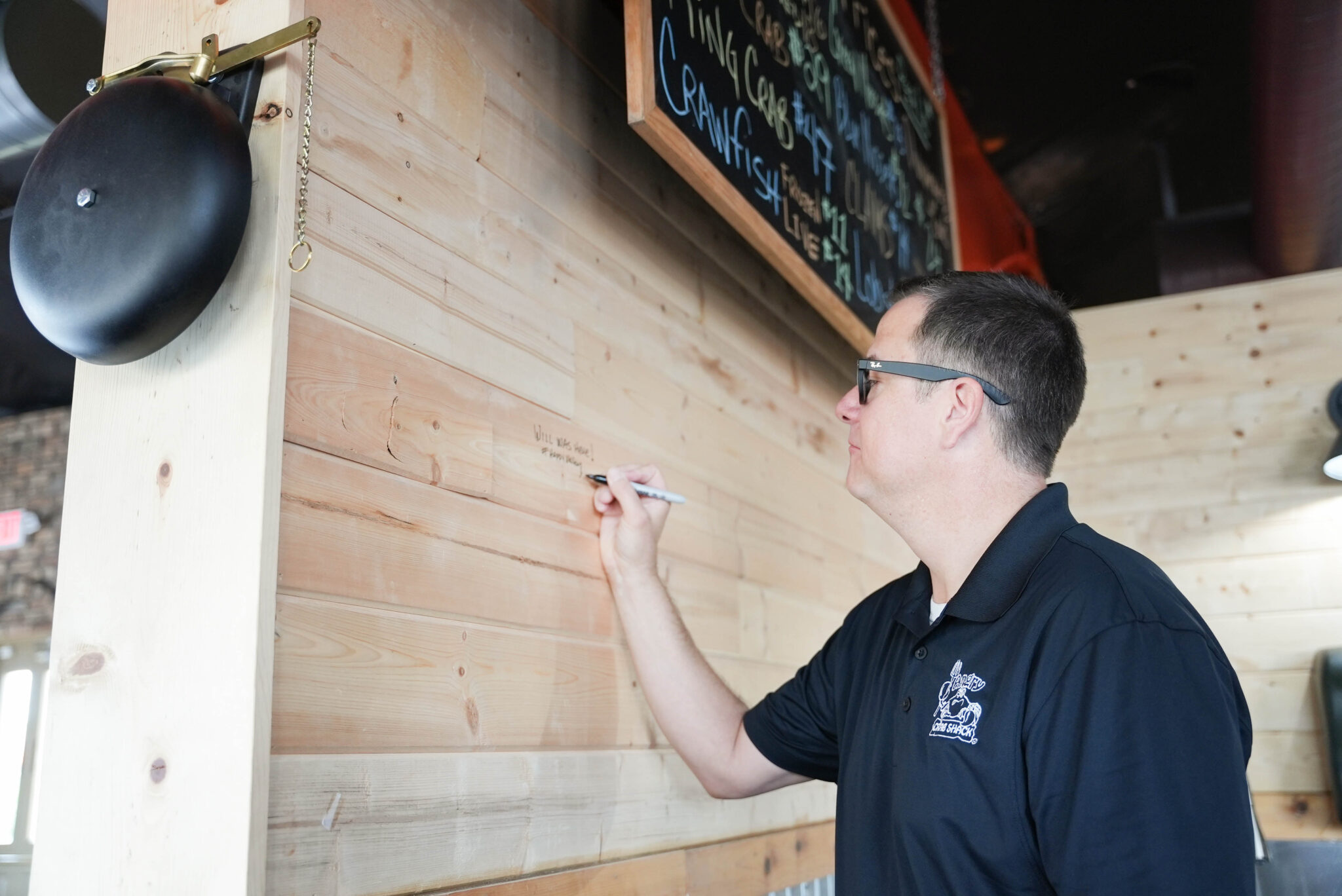 Like many franchise partners, Will’s journey with Angry Crab Shack began as a guest. His friend had invited him to the soft opening of the Mesa, AZ. location, and he’d never experienced anything like it.

“It was such a different energy from anything I’ve ever seen,” he said. “My whole family loved it and they begged me to go back, so when my friend asked me if I’d like to be involved in opening a second location, I jumped at the opportunity,” Will said.

It wasn’t long before Will worked his way up from server to General Manager. After opening the Phoenix location, he helped open another in Peoria, AZ. before returning to a sales position.

After a few years, he felt like he’d done everything he could in sales, and he knew it was time for a new chapter.

Setting Sail on His Entrepreneurial Journey

When it came time for a career switch, he knew just who to call: Ron Lou, Founder & CEO of Angry Crab Shack and Andy Diamond, President of the brand. His experience working as a server and a manager gave him the confidence to invest.

“I knew Angry Crab Shack’s business model was solid just from working there and seeing the success of each restaurant,” said Will. “I also knew I had a corporate team I could count on to lead me to success.”

In 2019, Will invested in the Happy Valley Angry Crab Shack, one of several locations in the Phoenix, AZ. area, becoming its operating partner. It wasn’t long before Will added to his Angry Crab Shack portfolio purchasing ownership in two additional Phoenix area Angry Crab Shacks, San Tan Valley and Casa Grande.

Bringing His Family Along

Ever since the soft opening in Mesa, Will’s four sons couldn’t get enough of Angry Crab Shack and its lively environment. In fact, they loved the Asian-Cajun franchise so much that all four now work with their dad at his Happy Valley location.

While it took some time to adjust, Will knew that working with family was all about finding the right balance and that it was important to treat his sons like any other employees.

“It’s important to let them be independent and decide what they want to do in life,” Will said. “Most of the skills you learn when working in a restaurant can transfer to almost any other job, so I know all these lessons will help them no matter which career path they choose.”

Not only is working as a family one of the most rewarding parts of owning his restaurants, but so is giving back to the community.

Will, his sons and all his employees are proud to be heavily involved in the community. Through various discounts, promotions and fundraisers, he’s supported those who deserve it the most- like veterans, first responders and educators. Not only did they volunteer to answer phones and collect donations for one of the hospital’s “dial-a-thon” events, but for every order of Cajun fries his restaurants sell, $1 is donated to this great cause.

It’s been a long journey for Will, but it’s only just the beginning. He is looking forward to opening additional locations in new Colorado territories.

“It’s amazing to me how what started as a part-time gig to make some extra money instilled a passion in me that’s led to this. Now, I get to do what I love every day and continue to grow my restaurants,” Will said.

Are you looking to follow your own passion of becoming a restaurant franchise owner? Contact us today to learn more about opening an Angry Crab Shack in your area!