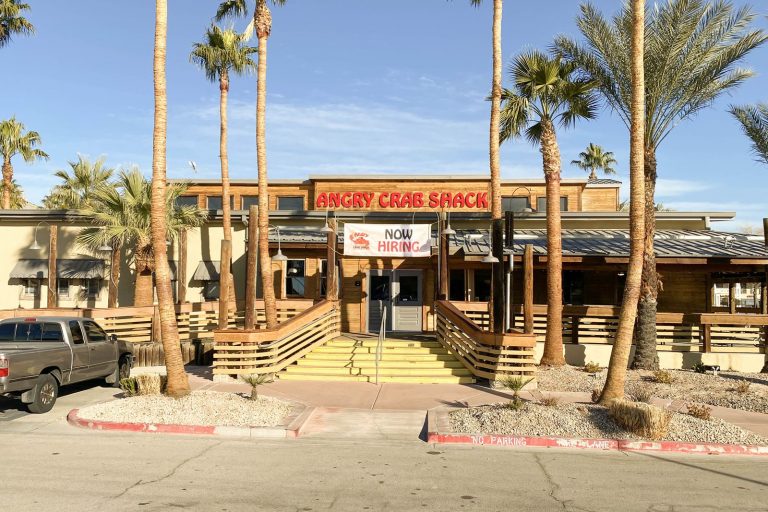 Angry Crab Shack, a leading full-service restaurant specializing in seafood and boils with bold Asian-Cajun flavors that are unique to the brand and irresistible to guests, has announced its latest restaurant opening slated for this month in Henderson, Nevada. Located at 4250 East Sunset Road, the opening will bring the first Angry Crab Shack location to the state, kickstarting additional expansion plans for the region while introducing the popular concept to the area.

Even amid a pandemic, Angry Crab Shack continues to grow. The bold brand has expanded to 13 locations – six corporate and seven franchised – with development slated for Florida, Georgia, Illinois, Texas and Utah, making this Nevada expansion news even more exciting for area residents craving flavorful and fresh seafood. Additional restaurants are planned for both Nevada and the Western United States as a whole, underscoring an overall brand expansion plan to have 100 stores open and operating by 2025.

“While this year has certainly challenged us, Rick and I are grateful to have the opportunity to introduce Angry Crab Shack to the area,” shared Dana Lopez, who, along with her husband Rick, will launch the newest Angry Crab Shack in their hometown of Henderson. “From day one, we’ve included our community in the build out process – from hiring local contractors to doing our best to fill our workforce with passionate team members that have lost work due to the pandemic. And, the entire business has become a family affair. When we shared the news with our children, they were quick to join the team – one as a host and the other as a bartender. We’re just incredibly excited for what the future holds for our business and ability to be a community partner.”

Becoming Angry Crab Shack franchise owners was just the adventure Rick and Dana had been searching for. Dana grew up in a business-centric family, with many of her family members – including her parents – owning restaurants, clubs and bars on the Las Vegas strip. She’d always had an entrepreneurial spirit, and opened her own skin care business 14 years ago in the area. Rick, on the other hand, is an incredibly experienced electrician. He has worked in the industry for decades, specializing in fiber optics and has even earned several awards for his work.

The opening news comes on the heels of a pivotal year for the Angry Crab Shack brand, which included successfully navigating the pandemic and even utilizing the slowdown in the early months of the COVID-19 outbreak to refine brand operations. This included rolling out an enhanced menu, shifting its headquarters to a larger, more collaborative facility, perfecting training for culinary staff and appointing a corporate chef to drive menu innovation. System-wide sales are nearly even with the previous year, even during the pandemic, signaling the continued strengths of the beloved franchise.

“Dana and Rick’s excitement for this new chapter of their lives is the exact kind of energy we look for when onboarding new franchise owners,” said Andrew Diamond, President of Angry Crab Shack. “Greater Las Vegas is the perfect area for an Angry Crab Shack, and I can’t think of a more fitting pair to lead the charge. Plus, Dana and Rick have already lined up a charitable partner – the Sunrise Children’s Hospital – which will receive regular donations as a result of menu item sales. For me, it’s clear that they’re dedicated to taking their operations a step further to truly make a difference in their community, which is refreshing to see, especially after the year we’ve had. Between Dana’s passion to be a business owner and Rick’s deeply rooted connections throughout the community, I know the concept will be incredibly successful in Henderson.”

Angry Crab Shack draws on bold Asian and Cajun flavors – as well as a fun food presentation and a laid-back environment – to create an unparalleled dining experience for guests. Best known for using the freshest ingredients, Angry Crab Shack sources lobster from the East Coast, Dungeness Crab from the Pacific Northwest, King Crab from the Bering Strait, Snow Crab from Canadian waters, and crawfish from the Gulf of Mexico. Guests can expect a fun family experience where they can throw on a bib, roll up their sleeves, and dig in. The brand offers a variety of boils including, shrimp, crawfish, lobster, crab and more.

With average store sales volumes in excess of $3.7 million per year and demonstrated profitability, Angry Crab Shack is aggressively expanding throughout the country. Impressive sales position the brand as an attractive investment opportunity for entrepreneurs looking to enter the full-service restaurant industry – initial investment ranges between $392,040 to $671,500. Targeted franchise expansion states for the year ahead include Colorado, Kansas, Missouri, Nebraska, New Mexico and Texas. Angry Crab Shack aims to have 100 locations open and operating by 2025.

Ready to get in on a fun, fast-growing restaurant franchise focused on the success of its Franchise Owners? Fill out the form below and fet your claws on an Angry Crab Shack territory.