Grand openings give new restaurant franchises a chance to announce themselves and leave a lasting impression on their earliest guests. They create buzz and convince guests that they will receive the same quality of food, service and atmosphere as a company’s other locations.

For franchise owners, this opportunity is crucial and invaluable. Angry Crab Shack understands this.

With a focus on preparation and energy, we have established a proven formula to ensure a successful restaurant grand opening for franchise owners.

The ability to grow one’s business within an established, supportive system is one of the inherent benefits of being a franchise owner.

At Angry Crab Shack, first and foremost, we provide ample marketing support for our franchise owners. We make sure Google pages, Yelp pages and all social media are up and running for each new location, along with issuing a press release and a grand opening schedule designed to help the franchise owner get a feel for the initial flow of his or her restaurant.

During this time, franchise owners and managers also do some grassroots marketing – networking with neighboring businesses and meeting people in their community. It’s also important for franchise owners to meet with various marketing vendors ahead of their grand opening to get the word out about the event date.

Detailed training for franchise owners also starts well before their grand opening. To make sure operations run smoothly, members of the Angry Crab Shack corporate team are on site for extra support during opening week.

The week begins with limited hours, guests and menu items. That Monday and Tuesday, friends and family are invited for an early, private opening of the space. This gives the franchise owner and staff a chance to run the restaurant in a slower, controlled environment, resulting in cleaner execution during the grand opening and beyond.

The Angry Crab Shack location then opens for dinner only with the full menu, until the grand opening takes place on Thursday or Friday. Guests are now welcomed by a prepared, practiced franchise owner and staff.

From decorated backdrops and beaded necklaces, to guests signing the walls and shouting being the only acceptable indoor voice, Angry Crab Shack grand openings are all about high-energy fun. 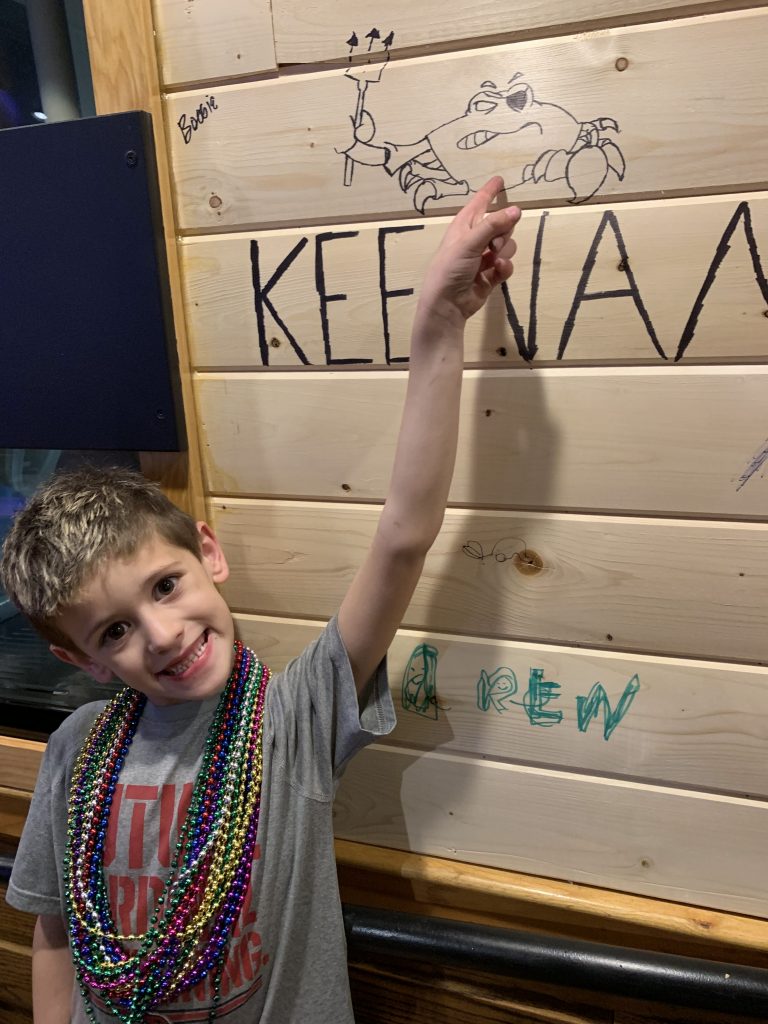 This is the franchise owner’s first chance to show his or her personality, make an impact and win over the community, and Angry Crab Shack has proven a fun, celebratory party is the best way to do it.

We know decorations that grab guests’ attention are almost a requirement for restaurant grand openings. That’s why we take attention-grabbing to the next level.

Successful grand openings are vital to a community’s perception of a new business. Through our hands-on game plan to ensure successful expansion, we have made it safe and smart for aspiring franchise owners to get their businesses started with Angry Crab Shack.

If you’re ready to blow your community away with an authentic Angry Crab Shack grand opening, contact us today.