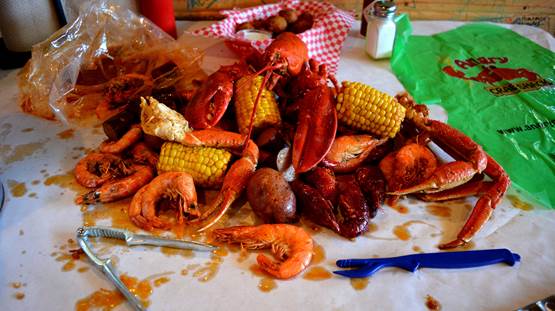 By Jenna MarkowskiJuly 14, 2020No Comments

Angry Crab Shack, a restaurant specializing in seafood and boils with Asian and Cajun flavors, announced it’s adding more locations to the metro Phoenix culinary scene with the first stores opening in summer in Laveen and San Tan Queen Creek. The full-service Cajun restaurant is on pace to expand its local, national and franchise brand with 10 to 15 new locations in 2020.

“We are excited to start the new decade by sharing our concept with the communities of Laveen and San Tan Queen Creek,” said Ron Lou, founder of Angry Crab Shack. “We’ve received great feedback about our brand and dining experience and can’t wait to offer it to more and more people.”

The company’s incredibly infectious concept has quickly flourished with ten Arizona locations, including eight in the metro Phoenix area, Tucson and Yuma. Angry Crab Shack has signed new franchise agreements with development underway in Laveen and San Tan Valley, AZ; Parkland, FL; Atlanta, GA; Arlington, TX; Salt Lake City, UT and recently opened a location in Orange Beach, AL. In addition, the company has its sight set on a franchise location in Henderson, NV, near the Allegiant Stadium, where the Oakland Raiders will play the upcoming NFL season. With the expansion of the new restaurants nationwide, Angry Crab Shack is on track to hit or possibly even exceed its goal to open 100 stores by 2023.

Last year, the restaurant seafood group reached a record-breaking $20 million in corporate sales, reporting an increase of 16.4 %.  Throughout its notable year, Angry Crab Shack donated more than $145,000 to Arizona charities, such as the Arizona Housing Coalition, The 100 Club and Phoenix Children’s Hospital.

“This past year was extremely successful for our team and we’re using that momentum to ramp up our expansion plans,” said Andrew Diamond, president and CFO of Angry Crab Shack. “Continuing to plant our roots in Arizona is a meaningful step in our goal to grow and reach seafood lovers all across the country.”

In 2020, the company plans to focus on new operational objectives and components, including home meal kits, Seamless Delivery and catering to additional dietary restriction options. The number one priority for Angry Crab Shack is the guest and their experience. By providing these added elements it’ll further enhance the brand and its accessibility.

Ron Lou is a first-generation immigrant and the first Asian-American NFL player to be drafted to the NFL in 1973. Lou has a passion for entrepreneurship, has built six restaurant concepts and has more than 40 years of experience in the industry. Angry Crab Shack fills a niche in the industry by offering high-quality, affordable seafood that fuses Cajun and Asian flavors with a dining experience. The company sources lobster from the East Coast, Dungeness Crab from the Pacific Northwest, King and Snow Crab from Alaska, and crawfish from the Gulf of Mexico. Angry Crab Shack is an interactive, all-hands-on deck dining experience. Butcher paper covers tables, no plates are used and your hands are the utensils.

For more information about Angry Crab Shack and to stay up-to-date with new locations, visit angrycrabshack.com ,follow on Facebook or fill out the form below.